Twenty five electric cars and motorcycles were on display.  The Marshall Steam Museum brought a 1916 Rauch & Lang and a Stanley Steamer.  Photos courtesy of Theo Padavano. 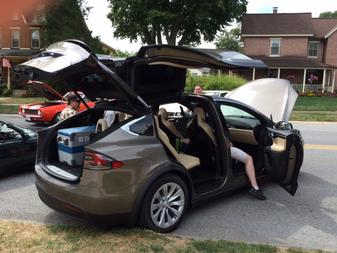 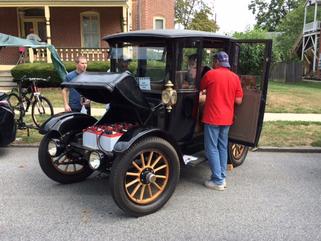 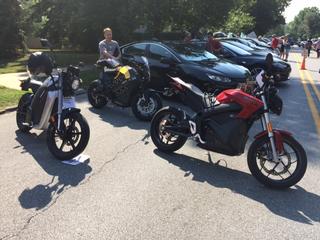 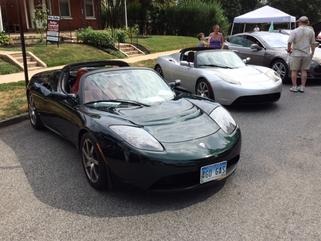 Jeff and Ollie stopped by Ken's house in Deptford to top up on juice to go to the Drive Electric Week event in Devon, Pa at the Tesla service center.  They all left with 100% charge and took the exact same route at the same speeds. After spending a few hours at the event meeting some new friends and catching up with some old friends, we traveled back to Ken's house to charge up and get something to eat. Total round trip distance was about 78 miles with no charging.

Here's where it gets interesting. Ken hit the low battery warning in the iMiev coming over the Walt Whitman Bridge and the turtle popped up on the dash a mile from his house. He made it all the way home as usual but there wasn't a mile of range left in the iMiev. The pack size is only 16kwh.

The iMiev performed exactly as Ken expected as its EPA range is only 62 miles and he went 78 miles. The Fit EV did extremely well traveling 78 miles with 25% left. We are just left wondering why Ollie's Leaf only had 15% left. When Ken travels this same route in his LEAF he arrives with 25% left. Ken & Ollie's tires were pumped up to 50 psi before they left. Nobody used any air conditioning. Only the Fit EV had cruise control but it wasn't used. The Fit EV was in Sport mode, the iMiev in Eco, and the LEAF in drive (should have been in eco maybe). The iMiev and Fit EV are more efficient than the LEAF but the surprise is that the car with the biggest battery back didn't have more juice left at the end of the trip.  Just thought some real world range data would be interesting. The route included I-76, I-95, I-476, and US 30.

Now, as they say, for the rest of the story.  The LEAF was used as an entertainment center during the event powering the EEVC's equipment showing video of the 21st Century Automotive Challenge.  The strain on the 12 volt battery was enough so the car needed a jump start.  The LEAF's traction battery was probably working overtime trying to recharge the depleted 12 volt battery.  Whenever running a load on an EV (or a Prius) keep the car "on" or in Ready mode to prevent the 12 volt battery from getting discharged. 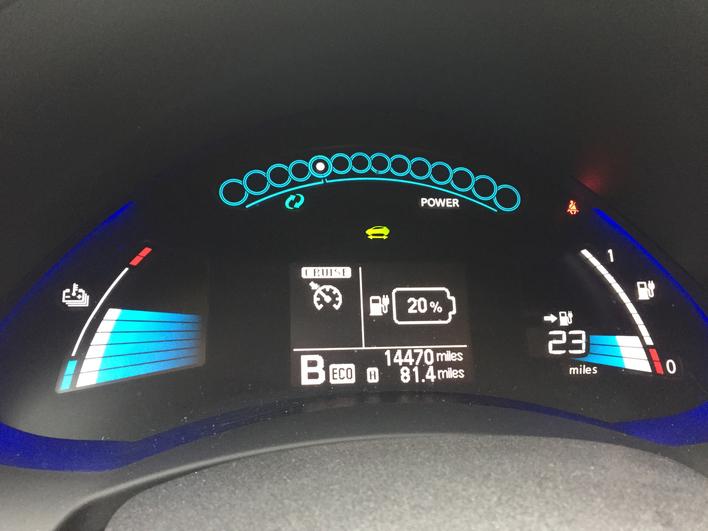 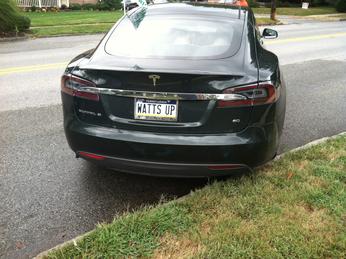 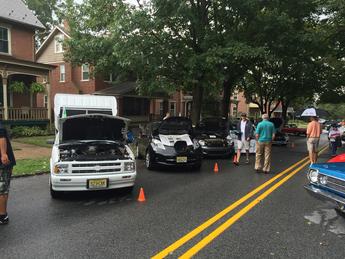 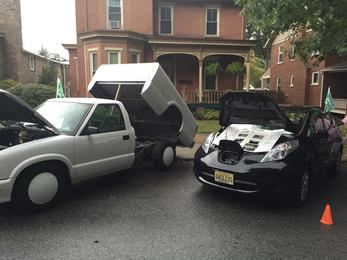 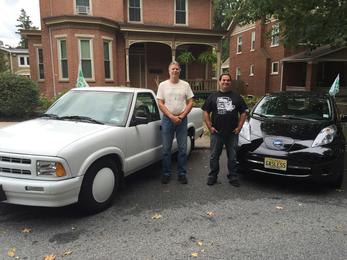 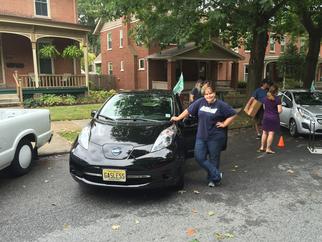 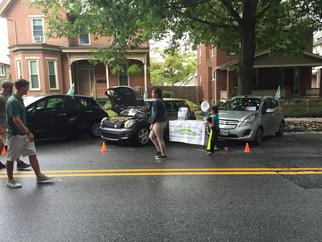 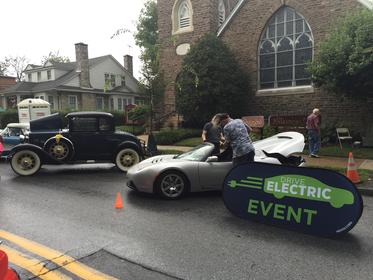 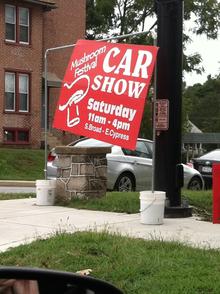 EEVC members attended The Mushroom Festival in Kennett Square, Pennsylvania on Saturday, September 12.  Their LEAF, Model S, and Chevrolet S-10 were on display.

The EEVC does not sponsor or host any events for NDEW.  Some members do participate or volunteer.